I want to frame this review. The first review of #scifi “Earth Quarantined” is in and I’m doing a happy dance. It’s so nerve wracking when you send your book out to the world and you have no idea if people will love it or hate it. 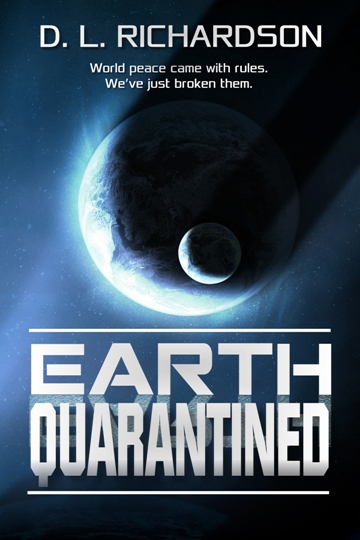 Thank you to D.L. Richardson for having me on the tour today!!

In the year 2055, millions of humans were wiped out by a deadly virus known as EMB-II, a bioweapon strain of Ebola that could not be stopped. The need to get off the planet and into space was never stronger. Before the ships could be launched, First Contact was made. A dozen spaceships arrived, carrying twelve Criterion Advocates – peacekeepers of the universe – and thousands of Criterion soldiers, aides, workers, and engineers. To stop the virus getting into space, Earth was placed under quarantine and work begun to save the planet and humanity. Through tough control measures, world peace was achieved.

The year is now 2355. The virus is gone. Humanity is eager to get into space. Yet the Earth is still…

Thanks for joining me!